In November 2010 the ASG hosted an information night to screen the documentary “Our Generation”, a ground breaking new documentary on the NT Intervention and Aboriginal rights.

The film was introduced by Jeff McMullen (former ABC foreign correspondent & 60 minutes reporter) who also answered questions from the audience.

Thank-you also to Corey Kirk who sang the National Anthem in Dharug Language. 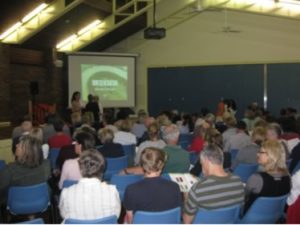 A DOCUMENTARY FILM BY SINEM SABAN & DAMIEN CURTIS (73 MIN)
From the ongoing controversy of the Northern Territory Intervention,
to being forced off their traditional lands into larger townships crippled by social dysfunction,
to their languages being removed from school education,
to mining deals sidelining traditional owners,
the Aboriginal people of the Northern Territory are fighting for freedom.

Our Generation is their untold story; of a struggle hidden from the eyes of mainstream Australia.

Hidden from the eyes of the world, Australia’s First Peoples are fighting for freedom. Our Generation is their call to the nation, a fresh and unflinching look at unresolved issues, driven by the Yolngu of Northeast Arnhem Land.

A rollercoaster journey into the heart of Australia’s Indigenous relations, a hidden shame that is pushing the world’s oldest living culture to the edge. Through the stories of the Yolngu of NE Arnhem Land, the film looks at the Government’s ongoing policies of paternalism and assimilation, examines the real issues underlying Indigenous disadvantage, and opens dialogue on ways forward that respect Aboriginal culture and dignity.

The project started out in June 2007, in response to the Howard Government’s controversial ‘Emergency Intervention’ into Aboriginal communities in Australia’s remote Northern Territory. All in the name of ‘protecting children’, the Intervention took away all existing Aboriginal land rights, suspended the Racial Discrimination Act and placed over 70 communities under compulsory government control. Subsequent government measures have had little to do with directly improving the wellbeing of children, but instead have disempowered traditional owners, opened up access to valuable Aboriginal land, and sought to forcibly assimilate Aboriginal culture.

No Aboriginal people living in these communities have had any say in these decisions being made about their lives, their lands and their future. And mainstream media has ignored their voices, and their plight.

In February 2008, the Labor government made a much-publicised National Apology for previous injustices wrought upon the Australia’s First Peoples. Since then, however, it has continued to undermine their human and cultural rights; in particular their rights to have proper access to basic services, to maintain their own languages, to be involved in the decisions that affect them, and to remain living on their ancestral homelands.

On 13th March 2009, the United Nations Committee on Human Rights declared that Australian Government policy was in breach of international law. Following such international shame, the Australian Government quickly endorsed the United Nations Declaration on the Rights of Indigenous Peoples, only to continue to breach many of its articles in subsequent policies.

The film has developed into a powerful journey into Australia’s indigenous relations, from colonisation until the present day. It looks at Australia’s ongoing policies of paternalism and assimilation, explains the real issues underlying Indigenous disadvantage in this “lucky” country, and upholds the right of First Australians to dignity, culture and empowerment in their own country.

Featuring the voices of youth, men, women and elders from remote communities in the Northern Territory, Aboriginal leaders and personalities from across the country, as well as academics, lawyers and international activists, the film opens the way for dialogue on how Australia can move forward with genuine respect and partnership with its First Peoples. Into a future where solutions come from working together, rather than being dictated from Parliament thousands of kilometres away.

A movement is building across the country to stand up for what is right for the oldest living culture on Earth.

This film is at the heart of that movement. 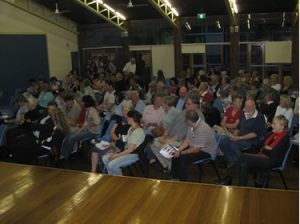 Sinem Saban: Writer, Producer, Director. Sinem has had a lifelong passion for Aboriginal rights. With a degree in Media, Legal and Aboriginal Studies, she has been working in Aboriginal communities in Arnhem Land, Northern Territory, for the last 10 years, as a teacher and human rights activist. Previous filmmaking includes the documentary “I Know I’m Not Alone” (Dir. Michael Franti, 2006) on the human costs of war in Iraq, Palestine and Israel. She also co-wrote and directed the first feature length film made by an Australian school, entitled “Premonition” (2003).

Damien Curtis: Writer, Producer. Damien has been working for the last 10 years in empowering tribal peoples to protect their culture and ancestral lands. His previous experiences include working with indigenous communities in the rainforests of Guyana, the Colombian Amazon and in various parts of Africa, with the Gaia Foundation, UNESCO and others. With degrees in Anthropology and Environment & Development, he is committed to strengthening cultural diversity as the foundation for human and environmental wellbeing.