But as NAIDOC week kicks off a study shows there are highs and lows.

Ryli Johnson moved from her hometown near Moree in north-west New South Wales this year to come to Sydney. (ABC News: Isabella Higgins)

Ryli Johnson faced a tough choice for a 16-year-old: her future or her family. And she’s one of a growing number of Indigenous teenagers in this predicament.

The teenager left behind her hometown near Moree in north-west New South Wales this year to move to Sydney, in the hope of fulfilling her dream of going to university.

“I never thought I’d go away for boarding school because I’m so close to my family,” she said.

“But not every Aboriginal person gets this opportunity to get a good education.”

A stark education divide exists for Aboriginal and Torres Strait Islander young people living in regional and remote areas, who have few, if any, secondary schooling options.

These students also have lower attendance and graduation rates, and literacy and numeracy scores, according to the latest Closing the Gap report.

More Indigenous families are making this difficult choice: to send their kids away from culture and community in exchange for a comprehensive western-education. 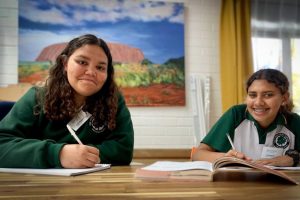 There has been a 53 per cent increase in the number of Indigenous students at boarding schools since 2015, according to annual figures from the Australian Boarding School Association, which represents the majority of boarding providers.

“I miss Mum and Dad every day, there’s a lot of phone calls [but] I’m doing this because I want them to be proud of me,” Ryli said.

“My mum doesn’t want us to make mistakes and she wants us to have a good life and not a life of struggle.”

NAIDOC week began on Sunday, and one of the many achievements that will be celebrated is the huge gains in Indigenous year 12 graduation rates in the past decades.

High school graduation rates have increased from 39 per cent in 2001 to 67 per cent in 2019, but there is still work to close the gap with non-Indigenous students.

All Australian Governments have committed under a new national agreement to reach parity by 2031 — that means lifting the Indigenous year 12 attainment by 30 per cent in just a decade.

Moving to a public high school in Sydney felt like the best option for her to achieve her life goals.

“I really want to go to university and get my bachelor of education because I want to be a school teacher for primary kids and especially go out and get back to community,” she said.

“I want to be a role model [there’s] so much Aboriginal talent but they just don’t get to show it off in small communities.”

Her friend at the boarding house, 15-year-old Neteya Tai, said living away from community was tough. 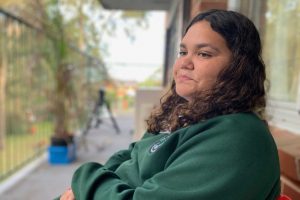 “I was so proud to be Aboriginal, and I moved here and kind of lost myself,” she said. “But I’m getting stronger and it’ll be worth it when I graduate and become a nurse.

“When I graduate and see my parents’ faces, that will make me happy, and then I’ll know I succeeded in life.”

The reliance on boarding schools to educate Indigenous young people in remote areas is not working for all young people, according to a first-of-its-kind study released by the Australian National University this year.

It found about 59 per cent of Indigenous teenagers who left one remote community in the Northern Territory across a decade dropped out of boarding school in their first year.

“For many it was just too hard to be away … the people we spoke to described this enormous feeling of isolation,” said Marnie O’Bryan, co-author of the study.

“There are some young people who achieve academic levels, which they perhaps wouldn’t if they were not able to access a high performing school.

“But there is this kind of assumption that [boarding school] is an unequivocal good and nothing could be further from the truth.

“We find that many young people are quite traumatised by their experience.

“Those young people describe coming home and having a real sense of grief, a sense of failure, a sense that there was no hope for the future.”

Earlier this year, Indigenous Education and Boarding Australia called for better regulation of the industry to help put in place a better support framework for Indigenous kids. 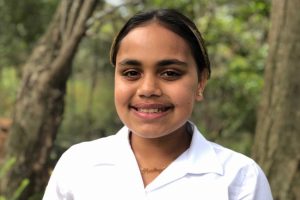 Keely Bell said she had adjusted to life away from home.(ABC News: Isabella Higgins)

The transition has been tough too for 13-year-old Keely Bell, but for her the move is all about eventually giving back to her community in northern NSW.

“It was hard in the first term or so maybe, but then I kind of adjusted suddenly got better,” she said

“I’ve only come here so then when I go back home, I’ll be a school teacher out there to teach all my family to be their role model.”